So far 2021 has been a goblins-and-bugs year. I’m okay with that. I like both goblins and bugs. 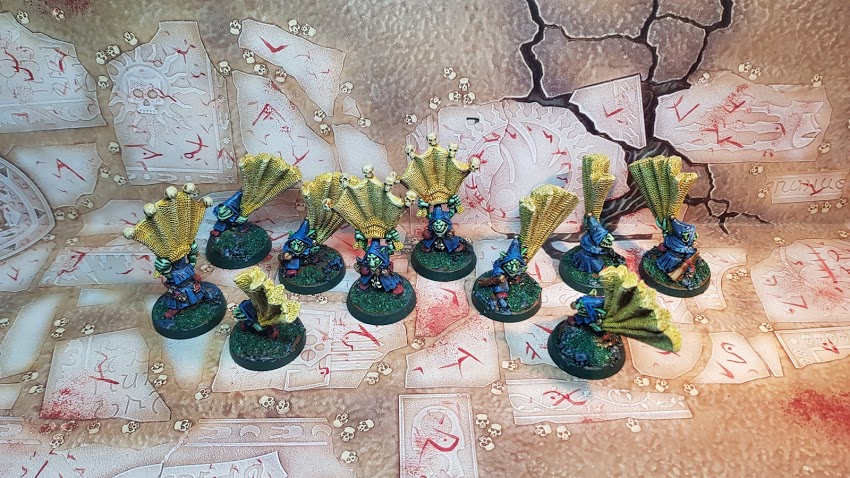 First up are 10 Moonclan Grot1 Netters. These are old metal ones, I’m not sure quite when they were sculpted, but they must be out-of-production for at least 15 years? I picked ‘em up on Ebay, scouring the listings for good deals over several months. I didn’t particularly want to have metal Netters, but alas: I have no way to get enough of them without picking up multiple boxes of Stabbas/Shootas (from which you can build 3 with nets) or converting/kitbashing my own. This is the problem with starting a Gitz army using old Battle for Skull Pass miniatures, sadly. I look forward to watching all the paint chip off over time.

To tell the truth, I started painting these a few days before the end of 2020, but only finished them on New Year’s Day, so I’m not sure which year’s count I should include them in. 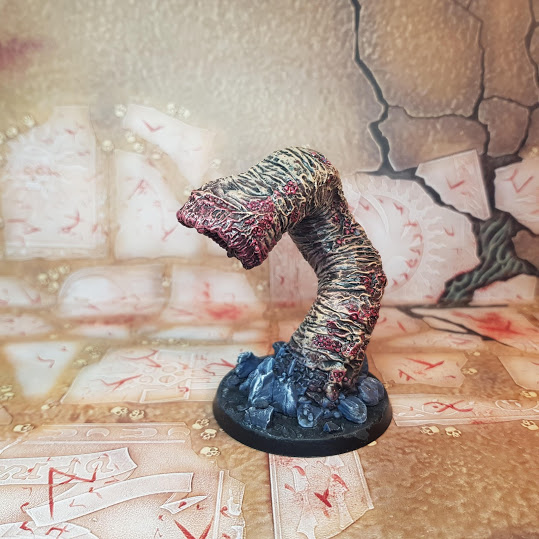 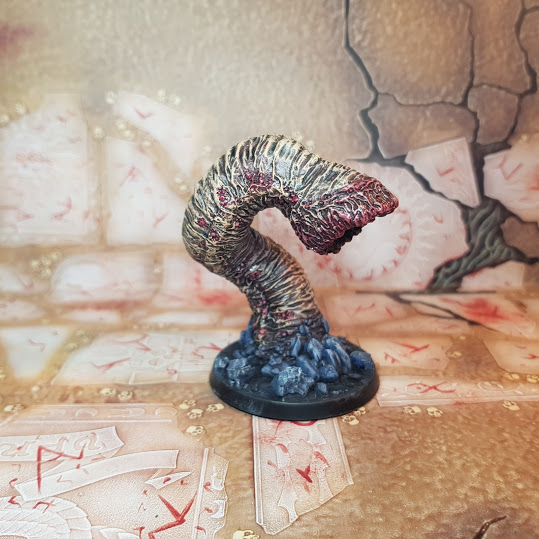 This hateful creature is the first Reaper Bones miniature I’ve ever painted. I was a bit apprehensive when I ordered it, worried that the quality would be low, but my fear was unfounded - the plastic is great for chunky medium-sized creatures like this one. The Bones miniatures come pre-primed but I just primed straight over the top of it and it was fine.

It was mostly painted using washes and drybrushing. I picked out the nasty nodules and cracks in the skin using Volupus Pink Contrast paint.

I ordered a handful of other beasties along with it - a tiny Basilisk, a bigger Dracolisk, an Ogre, a Yeti and a Werewolf. Hopefully I’ll paint them soon, as I’m quite excited to see how they turn out.

Following the worm, I did 10 more Spider Riders for my Spiderfang Grots contingent. These came from a friend for cheaps (thanks, friend!) and are from the old Skull Pass starter box, like my other Spider Riders. 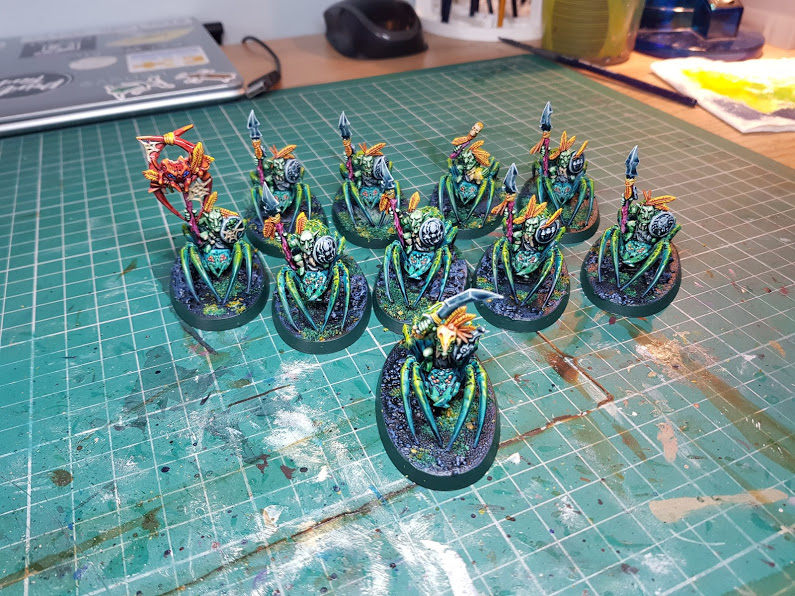 Quite pleased with how these turned out. They look like sour gummy sweets, and contrast nicely with my other spiders. The recipe is, more or less: Terradon Turquoise, drybrush Scorpion Green, drybrush Flash Gitz Yellow.

Currently on the hobby desk is a BIG spider (an Arachnarok) - this time one I’ve had to build myself instead of being pre-built. Stay tuned for buggy updates!